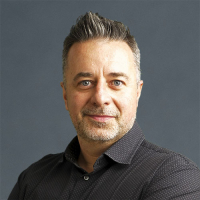 HOW WILL BREXIT AFFECT TRANSLATION AGENCIES?

Brexit will represent a great deal of uncertainty for international businesses, though it’s also true that it’ll open the door to new opportunities

The worst predictions came true and, in a historic session, the UK Parliament rejected the agreement that Theresa May’s government negotiated with the European authorities. The result places the United Kingdom on the edge of a hard Brexit, otherwise known as leaving the European Union without a deal, in a move that promises to be chaotic.

At an economic level, the decision made by UK MPs is going to have serious repercussions at home estimated to come at an annual cost of 140 billion pounds until 2030. But this slowdown will affect the entire of the EU and, at time of writing, it’s impossible to calculate the repercussions it’ll have on the Member States.

French is one of the best-positioned languages to become the new common language spoken among Europeans.

The future is also uncertain for translation agencies and it’ll take us a while to discover the full impact of the United Kingdom leaving the European Union. Our clients are multinational companies and its logical to think that the hard Brexit we seem to be facing will represent a significant change in their trading activities. Predictions foretell of a 47% decrease in trade between the European Union and the United Kingdom.

This loss of trade for European companies will lead them to seek new business in other countries in the EU and beyond, so this situation offers translation agencies new opportunities for translating content into new languages.

The pound has been losing value against the euro since the referendum results were announced. This situation forces us to look carefully at all our projects because we often work with different currencies. In the coming months, it’s important for us to keep an eye on the exchange rate between the euro and the pound so we can adjust our prices depending on how it evolves.

Companies like us that export services to the United Kingdom will be less competitive than our rivals operating there due to devaluation of the currency and, perhaps, as a result of new tariffs. At the same time, it’s possible that our suppliers in the United Kingdom will become more competitive and force their competitors in the EU to take measures.

ENGLISH WILL STOP BEING AN OFFICIAL LANGUAGE OF THE EUROPEAN UNION

We’ll also see English losing its status as an official language of the European Union (Ireland’s official language in the EU is Irish) and this opens the door for another language to take the place occupied by English as the lingua franca. French is one of the best-positioned languages to become the new common language spoken among Europeans. Perhaps in coming years, we’ll see a decrease in translation to and from English and an increase in the volume of French and German translation.

Businesses and translators that work for the European Union and whose source or target language is English will have to quickly look for alternatives if they don’t want their workload to suddenly come to an end. On the other hand, it’s possible that the volume of translation will increase considerably with the drawing-up of new laws, treaties and agreements between the countries of the EU and the United Kingdom.

At Kobalt, we don’t believe that the disappearance of English as an official language of the European Union will affect its popularity or global dominance. We think it’ll continue to be the international lingua franca.

GOODBYE TO THE FREE MOVEMENT OF WORKERS

A more worrying aspect for a translation agency like ours is the uncertainty concerning the status of British residents in the EU and Europeans who currently live in the United Kingdom. Many are those who have taken advantage of the free movement of citizens and the option of being able to freely choose to live in any country in the European Union and who will now have to go back to the United Kingdom, or leave it, to avoid becoming illegal immigrants.

In conclusion, a hard Brexit by the United Kingdom from the EU will represent a great deal of uncertainty for international businesses, though it’s also true that it’ll open the door to new opportunities that we can currently only guess at.

We’ll have to pay close attention to what happens between today and 29 March, and in the weeks and months after that date.