Game of Thrones, a show that managed to lure even the most committed non-fiction adherents into its gripping whirlwind of plot twists and massacres, is reaching its long awaited conclusion after eight seasons.

Game of Thrones, a show that managed to lure even the most committed non-fiction adherents into its gripping whirlwind of plot twists and massacres, is reaching its long awaited conclusion after eight seasons. By the time you are reading this post, the whole thing might even be over and you already know who managed to plop his or her regal bottom on the coveted Iron Throne, but right now, the main focus of the show isn’t the latest on screen character death. It’s a cup of Starbucks coffee that managed to stealthily insert itself into the final edit, sending fans into an absolute frenzy.

While a massive gaffe of this caliber might come as a surprise to the English speaking world, followers of the Spanish dub could almost be considered veterans of the field, and it all began with the catastrophic management of the so-called “Hodor moment”. For those not following the show, and dropping a spoiler alert right here, the reason because the beloved gentle giant spoke a language consisting of only one single word which happened to be his very name, is due to an event foreseen in his future in which he is required to “hold the door” to barricade a legion of undead assailants. Without going into too much detail, as the flow of time in the Game of Thrones plot seems rather convoluted, this moment deeply traumatized the character, and was used as an interesting device in the show that had a decently cool and long awaited explanation/resolution.

But a lot of the goodness here relies on the fact that “Hodor” reasonably resembles “Hold the Door”. The moment one has to translate this into another language, the whole thing falls apart like a house of cards. Now let’s be honest, it was an almost impossible task to pull off by the translators from the start, and one can only imagine their faces turning white under the realization of the absolute mess that was laid upon them by a single word. All things considered, it was so complex it’s easy to feel sympathy for the poor translators behind this one, although the public was fare more miffed.

However, it doesn’t end here. Amidst the chaos created by the Starbucks incident, Spanish fans have been granted a double whammy to keep them foaming at the mouth for a bit longer than the rest of the world. The scene in question refers to a moment when a dragon was supposed to light fire to a wooden barricade to keep the advancing zombie army at bay (yep, they don’t like fire, what a surprise), and since there is an ongoing storm that clouds the flying dragon’s vision, the defenders on the ground exclaim “She can’t see us!”.

Now, this should be a breeze to translate, right? Well, somehow they actually managed to translate this plain and easy expression that would turn out as “No nos puede ver!” or a somewhat similar variant, into the fabulously invented word “Shicansius!” in Spanish. It’s a damn big one that left audiences scratching their heads, and when what had just taken place dawned upon them, moved into a facepalm mode so monumental it would make Captain Picard proud.

The reasons for this are, as with almost everything on the show, up for debate. Some say the fact that there is an invented language in the show’s universe (Valyrian, for the uninitiated) confused the translators into thinking the original actors were using it in this scene, thus leaving the expression untranslated. Others say that it’s simply a colossal incompetence that shouldn’t even happen in such high budget shows, especially with all the translating tools available today.

Regardless of the cause, and acknowledging it should probably have never happened while also finding the whole situation rather funny, these fiascos have had an unlikely effect: They got people talking about translators. Perhaps it’s not for the best of reasons, but as Oscar Wilde famously said, “There is only one thing in life worse than being talked about, and that is not being talked about.”

The only thing left right now is to cross our fingers, touch wood, and hope that the Spanish dub of the show can manage to reach its final episode without driving the fans completely nuts because of a potato shaped translation. From our camp, we understand what a hard job it really is, and wish them all the best in the world. 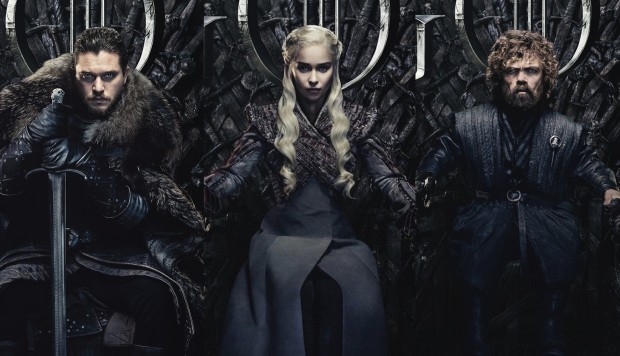